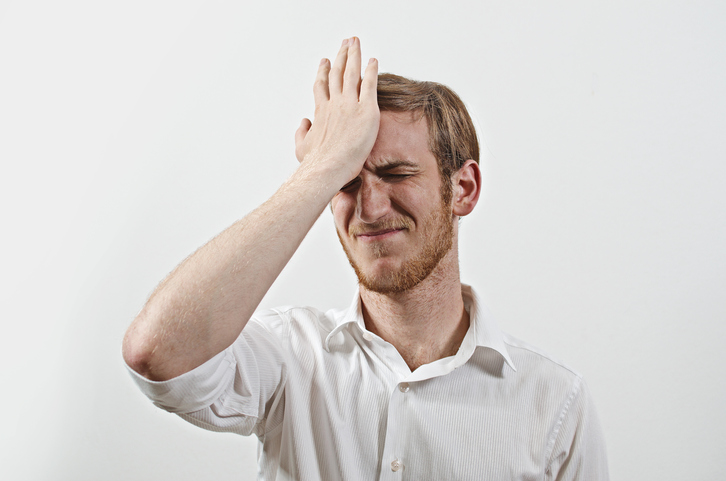 I made literally tens of thousands of follow up calls over the course of my highly successful real estate career spanning over two decades (ask any of the other real estate trainers how many real prospects they’ve spoken to!) Not only did this give me the uncommon insight to craft exactly what words worked best to achieve my desired outcome (a face-to-face appointment with qualified, motivated prospects), but it gave me the process knowledge that also matters … a lot.

What do I mean by that? Well, even if you know exactly what to say, if you a) can’t reach a prospect, or b) don’t reach them in a timely manner, or c) drift even slightly off-strategy … if your “process” isn’t bang on, you’ll likely lose the lead to a competitor.

I know because it happened to me. In fact, at a certain stage in my career I counted three fatal follow up mistakes I made all in one week. Brutal! But if you’re smart, every mistake will lead to learning. So, let’s learn from my mistakes!

Mistake # 1: Not Placeholding a Meeting Time

The marketing I teach is really good. I have no trouble finding qualified prospects who, through my direct response marketing, actually reach out to me first so all I’m doing is replying to their inquiry. I guess this one time I got complacent because I was on the line with a prospect who was ready to list his house. All we had to do was set a time for me to meet him but when I proposed a time, he said he had to check with his wife (or check with his schedule) and would get back to me. Wrongly, I didn’t push the issue and gave him my number so he could call me back with a good time to meet.

In my mind I’d already converted this prospect so I guess I kind of put it out of my mind thinking we were simply down to the formality of when to meet. At first, I didn’t really register the fact that he hadn’t called me back but when I checked the hotsheets about a week later, I saw that he’d gone ahead and listed with a competitor before I got around to calling him back.

I slapped my forehead over that one which was entirely my fault. My mistake, of course, was leaving that important next step in his hands where I never should have hung up without setting a tentative meeting time. If we’d put in a placeholder, the onus would have been on him to call me back. What I should have said was, “why don’t we tentatively say Tuesday at 4pm, and if that time turns out not to be good for you, call me back and we’ll reschedule. Otherwise, I’ll see you Tuesday at 4.” You can see the difference. The next step in communication is now clearly his responsibility (I don’t have to call him back) because he knows that unless he calls me, I’m going to show up at his house Tuesday at 4pm.

If you find a prospect is putting you off for some reason, arrange a tentative time so the onus is now on them.

Mistake # 2: Not Booking the Appointment as Close to Now as Possible

In this second example, I followed up with a woman on a Wednesday night who had requested one of my special reports and she told me she was ready to list her house that evening. I can’t remember the exact circumstances, but I guess I had something up that evening (or maybe just didn’t feel like going out that night) and I booked the appointment for the following Monday.

Monday rolls around and she emails me to cancel the appointment as she’d listed her home with another agent the night before. My mistake, of course, was putting her off and inadvertently inviting in the competition. If your prospect is ready now, book your appointment as close to now as possible – a half hour after your telephone call would be ideal - and not five days later as I did in this example. The more time you let pass, the more things can go wrong. Now, of course, you may not be able to (or want to) be available all the time which is a great reason to build a team. If you really can’t make the time the prospect wants, get one of your team members to list the house.

Mistake # 3: Not Making the Right Offer.

As I said at the outset, I’ve made tens of thousands of follow up calls in my career. As a result, I paid close attention to the questions I asked and the way I phrased them. My Universal Call Back Script was modified over the course of all these calls in order to make the words the best they could be. A key aspect I refined over time was honing the language that would enable me to make the correct offer when speaking with a ready-to-act prospect (i.e. do they want to buy first or sell first – determining this is obviously important as it will impact what offer you make). This is not as simple as it sounds. Let me explain.

I used to ask prospects who already owned a home: "Would you prefer to buy first or sell first?" Pretty straightforward, right? Well, it actually isn’t because some prospects didn't really understand what I was asking them. They'd answer, “well, we really want to do both at the same time”. I thought this was just me, but when I listened to recordings of some of my coaching members (so I could review and critique their follow up calls), I found many of their prospects were saying the same thing.

The current wording clarifies the issue by posing the question this way: “Would you prefer to buy before listing your home, or do you want to sell first?” Again, what you're trying to establish is whether the prospect prefers to “buy first” or “sell first” so you can communicate the correct offer (your buyer offer or seller offer.)

I cannot overemphasize the importance of attending my 3-Day SuperConference. It is at my SuperConference that the most successful agents in the country are born because they gain the knowledge and the will to push themselves out of their comfort zone. Why not decide to be one of them. Why them and not you? If not now, when? Register now at www.TheProctorRealEstateSystem.com

What strategies do you employ to sell your listings? Classified ads in the local paper or on Facebook? Some pretty feature sheets? Open houses? That’s pretty much t ...

Who are your customers?

Actually, the real question you should be asking yourself is who SHOULD your customers be? In other words, what target market will enable you to do the most profitable bu ...

Why You Will Succeed (or not)

Why You Will Succeed (or not) There’s a reason I showcase success stories at my conferences and elsewhere. These stories are important because they show you what ...

Why You Shouldn't Try to Sell Your Listings in Your Ads

I'd like to discuss a form of advertising that many of you will think you know everything about: classified ads. While most of you run classified ads for your listings, I ...

Your Business is Not Your Life. (No, Really.)

In her book The Top 5 Regrets of the Dying, Bronnie Ware says not spending enough time with loved ones is one of the most common regrets among the dying. We spend so much ...