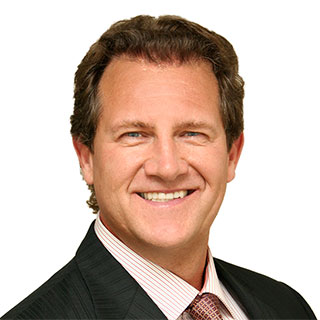 Unlike other real estate trainers (who haven’t been in front of a real buyer or seller for decades, if ever), Craig Proctor’s dual track record as both a #1 Top Agent (twice #1 for Re/Max Worldwide) and #1 Top Real Estate Coach in North America (Proctor’s real estate system has created more Millionaire agents than any other coach or trainer) makes him THE obvious choice for agents determined to thrive financially without high lifestyle costs.

Endorsed by industry leaders from all franchises, Craig is described by business guru Michael Gerber as “a visionary who reinvented the job called real estate and someone who teaches agents about freedom rather than about work."

Craig Proctor is Founder and CEO of Craig Proctor Coaching, an International Real Estate Success Coaching organization that has shaped the lives of over 30,000 Real Estate Agents across the globe via Proctor’s Quantum Leap Real Estate Success System. This system is uniquely positioned to deliver real, current and proven solutions to Real Estate Agents and Brokers. While the cornerstone of the system is “Reverse Prospecting” (an inexpensive and automatic lead generation system where qualified prospects actually hunt down the agent rather than the other way around), the system also teaches highly effective scripts, conversion and presentation systems to empower agents to follow their leads through to maximum GCI.

While Craig Proctor’s success in real estate deservedly earned him worldwide attention, what’s even more impressive than the number of homes he sold in his 20+ year career is the fact that over 30,000 agents worldwide are now using his systems to attain success in their own careers. At the age of 25, Proctor was making $14,000 a year with absolutely no real estate or business background. A year later, he’d closed 55 residential transactions, and two years after that — still under the age of 30 — he was named the #1 RE/MAX® agent worldwide by closing more than 200 properties. He was the youngest RE/MAX agent ever to be number one worldwide for the company, and has subsequently won every possible RE/MAX® Award, including the On the Shoulders of Giants Award in November 2009. While an active agent himself, Proctor consistently sold more than a home a day (over 500 homes a year for annual GCI of almost $4 Million), and his success has been profiled on CBC Venture and in newspapers across the country.

Today, Proctor divides his time between his hometown north of Toronto, Canada and his vacation property in Florida, devoting 100% of his time to his passion: teaching and coaching other agents. By openly sharing his step-by-step approach, Proctor has not only taught his students how to dramatically increase their results, but also how to vastly improve their quality of life. His system has been responsible for the biggest success stories in the industry.

Hear what Industry Leaders have to say about Craig Proctor

We make it easy for you to learn more about the Craig Proctor Real Estate Success System and how it can help you take your own business to the next level.

Alternatively, you can request a Free One-on-One Business Consultation with a real estate coach from our team.