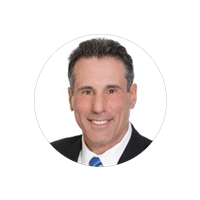 The Unfortunate Decision that Squashed This Agent's Early Retirement

"I got into real estate in 2002 and, like most agents, I struggled to figure out the business. As part of my search, I read an article, much like this one, and called an 800# to listen to a recording from this guy, Craig Proctor from Canada, who I found out was the top RE/MAX agent in the world. It was good and I ordered his stuff - books, DVDs, reports and the rest of it. I enthusiastically listened to only one of the DVDs and read about a quarter of the huge manual. I tried the $1,000 USP guarantee and ran a few classified ads. It worked, but I just didn't follow through with anything. I never even unwrapped any of the other DVDs or read the rest of the printed materials. Then someone called to invite me on conference calls and to come to something called a SuperConference. I blew it off and moved on to just doing business by referral for the most part.

"I struggled to do 20-30 deals a year by myself, working 70-80 hours a week, until 2008 when the US market crashed, and I focused on getting bank foreclosure listings. Then in 2011, when the market improved and the bank foreclosure business dried up, I needed to get back to "regular" real estate if I wanted to stay in the business.

"So I signed up for the KW Family Reunion in March of 2011. I dragged through the entire 3 days going from breakout session to breakout session….endless presentations of ways to sell more houses. None of it interested me, and in fact seriously made me consider getting out of the business altogether.

"Completely discouraged and exhausted, I went to the very last breakout session of the entire conference. It was Craig Proctor talking about the Quantum Leap system. What Craig shared in that short meeting was the most sensible thing I had heard all week. It was completely logical and made far more sense than anything else presented and, without hesitation, I signed up for the SuperConference in Orlando in May 2011.

"I spent a lot of time at that 2011 conference talking to other members to see what they were getting out of the program. I was completely motivated to really start implementing this system that had changed so many lives.

"Between 2002 and now, Craig has made it even easier. 90% of the material is now online and dead-easy to access and implement with a simple click of the mouse. You get all his ads and how and where to run them; all the backend follow up materials such as scripts, reports and so on; his entire listing and buyer presentations (these are key). He really just gives you everything to get qualified leads pouring into your business effortlessly and inexpensively, and then gives you the tools to just as easily convert that business into contracts and paychecks.

"Here's the best part, I'm personally only doing about 2 deals a month myself right now and my plan calls for me to sell zero homes myself in 2015, and still net over $500,000. I'm honestly working a lot less and my wife and I already have 4 week-long vacations planned in the next 12 months.

"I only wish I listened to the rest of those DVDs, read the entire manual and jumped on all of it in 2002….if I did, I'd probably be retired by now!