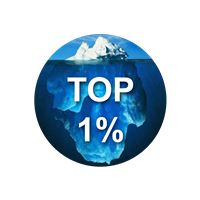 Agents in the top 1% of the industry reveal how they restructure the tasks that consume average agents, enabling them to laser focus on strategies guaranteed to return them a huge ROI. The simple, inexpensive business model they've embraced is the Millionaire Agent-Maker System taught by International Real Estate Coach, Craig Proctor, who created this system by leveraging the real world experience he amassed as a highly successful agent himself for over 20 years.

Proctor was twice named the #1 agent in the world for RE/MAX, was one of the top RE/MAX agents in the World throughout his 20+ year career, and has won every possible RE/MAX Award. As an agent, he consistently sold more than a home a day (over 500 homes a year for annual GCI of almost $4 Million), and his success has been profiled in media across the country. As a Real Estate Trainer, Craig has Coached more agents to Millionaire status than any other trainer.

"It was in Phoenix in 2009 when I attended my 1st ever Craig Proctor SuperConference," says Tony Johal of Cambridge, ON. "I signed up and began coaching immediately. The coaching program was working well for me and my business was up. However, believe it or not, I thought I knew all and decided to go it alone. It didn't take me long to see and realize the consequences of my decision to leave. My business had zero structure, was stagnant in growth and I was exhausted and fed-up. I now look back at that decision to leave as the single BIGGEST mistake I've ever made in my 10 year Real Estate career.

"In 2014 I came back to the program and immediately joined Platinum. My mindset was different now than before. I had a clear focus and was determined to do whatever it takes to succeed. In our first full year in Platinum we'll go from $93,000 to $500,000 in GCI. Copy & you'll succeed Craig keeps telling us. Craig Proctor has paved the path for us all and in 2016 we're going for the $1,000,000 target."

"I was barely alive when I made it to my first Super Conference in Los Angeles in November of 2012," said Doron Weisbarth of Seattle Washington. "That year I closed 28 deals and had a GCI just shy of $300k but it took everything that I had to get there. I had no life. I would squeeze a few hours of sleep every night but the rest was work, work, work. This clearly was not a sustainable system and certainly not a fun way to live.

"Attending Craig's conference and being exposed to his system, I recognized right away that this is what I wanted. To make a long story short, I now have four excellent, hard working OSAs (and I'm already busting at the seams) who are going to make over $350k in commissions themselves this year; two ISAs and a full time admin person. We're going to do about 100 deals this year and a GCI around $1.2M. And the most important thing is that I'm off that self-destructive course. I still work hard and there are still plenty of things to do and implement in my business, but I am not killing myself any more. I started kiteboarding this summer, I'm going to start Ukulele lessons this fall and I get a full, restful, peaceful, satisfying sleep every night, thanks to Craig.