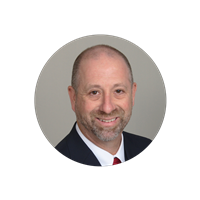 "I got my real estate license a few summers ago and did some rentals but had no real idea of how to dive in. I finally got my first sale in October of that year and made the wise decision to invest my first commission check to fly to LA to Craig Proctor's SuperConference in November that year after my very first closing on October 25th. After that closing, I had no idea where my next one would come from. I had no referral base and no marketing.

"I signed up for the coaching VERY hesitantly because I was tight on money (a bit behind on bills and not much saved) but I knew I either had to commit or not do it … in between has never worked for me. I started working on my business right away using the techniques Craig taught me. The results were instantaneous. Very soon after my November launch that year, I had closed just over 1.1 million dollars of sales resulting in over $44,000 in GCI and had $902,000 in sales under contract due to close in the next 45 days for almost $27,000 more in GCI. That was it. There was no turning back for me. I would never have thought that making this quantum shift in my approach to sales would have resulted in such a dramatic jump in my income.

"I got involved in real estate in the first place because it was always something that had interested me, but I had absolutely no training. I was a tennis pro for many years and I knew that I needed to get a coach in order to take my business where I wanted to be. Everybody has a coach and I figured that I needed to go and get one, too, and that's when I found Craig and his system. My real estate career has been short. I've only started to sell homes in the last few years and we have made quantum leaps every year with a minimum of at least 300% improvement each year. We now do over $1 Million in annual GCI. Here's a summary of what's happened to my business once I got involved with Craig's system:

• As mentioned, I invested my very first commission to attend Craig's SuperConference and ended up doing $3.3M in sales and $130k GCI in my first year

• In the first two months of the following year, I sold 35 homes for $10M in volume, and opened my own brokerage with my wife Cyndi

• We now earn over $1 Million in annual GCI The next learning curve with the program was setting up a system to handle all of the leads and clients I have pouring in on a weekly basis-a great problem to have (which Craig has also taught me to solve, by the way!)

Craig's system is truly life-changing, and I'm loving the Kool-Aid!