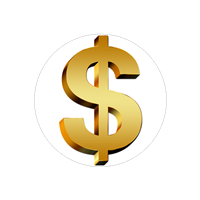 The #1 Reason Mega-Agents Achieve Success at Such a High Level has nothing to do with their technical or people skills or with how hard they work. There is, however, a direct correlation between profitability in this business and a sound business "system" that enables the agent to work "on" their business vs. "in" it -- what International Real Estate trainer, Craig Proctor, calls "Rainmaker" activities - i.e. the parts of the job that profitably push the business forward vs. the lesser (although still important) tasks that could easily be delegated to someone less qualified (such as banging in lawn signs, getting keys cut or photopcopying feature sheets.)

It was Michael Gerber, author of the bestselling business book The E-Myth, who coined the terms "in" vs. "on" your business, and Gerber said about Proctor, "Craig is a perfect exemplar of what I teach, a visionary who reinvented the job called real estate and someone who teaches agents about freedom rather than about work".

Proctor's Millionaire Agent-Maker is uniquely positioned to deliver real, current and proven solutions to Real Estate Agents and Brokers. While the cornerstone of the system is "Reverse Prospecting" (an inexpensive and automatic lead generation system where qualified prospects actually hunt down the agent rather than the other way around), the system also teaches highly effective scripts, conversion and presentation systems which enable agents to have more money, more time and more freedom in their lives.

Proctor was twice named the #1 agent in the world for RE/MAX, was one of the top RE/MAX agents in the World throughout his 20+ year career, and has won every possible RE/MAX Award. As an agent, he consistently sold more than a home a day (over 500 homes a year for annual GCI of almost $4 Million), and his success has been profiled in media across the country. As a Real Estate Trainer, Craig has Coached more agents to Millionaire status than any other trainer.

"Once I saw the Vision that Craig was talking about," said Jim Bottrell of San Marcos, CA, "it made me look at the entire real estate industry differently. More of a true Business vs. a highly leveraged job. When I was making $200,000 per year I thought I was Top-Dog! On top of the world! I thought I had reached my "Blue Skies" and there wasn't much more I could do.

"However, what I did not know was that, in reality, I was successful only in my "Job". That's right, I had a $200,000/yr "Job" and that's all. I didn't have a business at all! If I got hurt, sick, or something else, there was nobody, no system, and no redundancies to do my "Job" and my income would come to a screeching halt immediately. They taught me that having a "Job" as an individual in this industry is no way to live and prosper for the long term.

"I attended all of the conferences with the Craig Proctor program as well as watched all of their webinars. I used their chat room to ask questions and I made a lot of friends in the group. However, I am the type of person that needs to "touch and do things" to actually understand them. It's my personality - it's the way I learn. Maybe you are the same.

"Given that, I started traveling. My wife, Jessica, and I drove and flew to the offices of the most successful people in the Craig Proctor organization and literally sat in their offices for 1 to 3 days each learning their systems. We visited Jay Macklin in Scottsdale, Lester Cox in Tempe, Wally Kerr in Oklahoma, as well as Francois Mackay and Francis Lavoie in Montreal, Canada to name a few. I also had a 20 minute life-changing phone conversation Tim Johnson from Florida (Tim was also a Marine as I am). Did you ever think that somebody could change your life in 20 minutes over the phone? Tim did just that for me and I will be forever grateful.

"Each of these people is a multi-million dollar per year producer, and they all credit their success to Craig's Millionaire Agent-Maker System. In their offices I learned where their leads came from, how they captured them, who spoke to them, what they said, how they nurtured them, how they were handed to the Agents, what the agents did and said to them, how they closed them, and even how everybody was paid for their jobs amongst many other things. Basically, I learned each of their systems - Craig's System -- inside and out.

"Those trips were absolutely invaluable as they provided me the opportunity to see first-hand exactly how the most successful companies in North America conducted business and exactly what it was that made them so successful. After those visits, I both had the template for success AND had seen the template in action. All that was needed was organizing and implementing the systems I had learned. Craig's system is unparalleled in the industry."