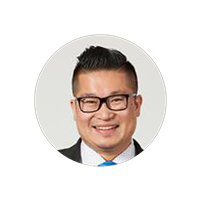 "I got started in real estate in 2004 at the age of 24. I wasn't really a realtor when I started out, I was an investor. I started flipping houses, bought homes for investment purposes and as people heard about me, they started asking for my help and I decided to become a real estate agent at that point. I thought it would be a great opportunity to invest and build my wealth, but I was a part-time, dual-career agent (I was also working as an IT consultant) from 2005 until the end of 2009.

"In 2010, I decided to make a jump into full-time real estate. I was on my own at that point, a solo agent, selling maybe five or six houses a year. I needed to grow and I realized that I couldn't survive in this business just being on my own without anybody teaching me what to do.

"I went to one of Craig Proctor's half-day seminars in 2011 in Bethesda, Maryland where I was given an explanation of how the system works and some sample ads to try out. I did try one of the ads, and, of course, it shouldn't be a surprise, but it worked and I think I ratified my first contract within a week or two from running that ad.

"The year previous to joining the system, I closed about 10 deals. In my first full year using Craig's system, I generated about 360 leads using the marketing he taught me and almost doubled my production. Within a year, I went from being on the bottom of the totem pole to finishing in the top-3 individuals out of 108 agents in my REMAX office and grew my business by over 70%. The year after that, I did 30 and then 58 the year following that. This year, we're trying to reach 100 homes sold. During the twelve months before I joined, I did about $75k GCI. I now have a team of 13. In 2013, we did $292k GCI, and in 2014, we did 87 transactions for $700k GCI, a tenfold growth.

"Here's an example of the power of what we're taught with Craig's system. The other day I had to do an autopsy call with one of my OSA's unhappy, expired sellers. Instead of just parting ways, I was able to convince the homeowner to meet with me face to face. Using the materials and methods Craig taught me, I got the homeowner to agree to not fire our team. Instead of firing us, she agreed to a price drop of $20k. But that's not all! She also authorized me to automatically drop her price every 2 weeks! AND, on top of that, she also agreed to pay me more!! 6.5% plus $499 admin fee.

"Success rubs off on people and being surrounded by all the successful agents in Craig's system helps you to achieve that same success. I came into the business as a solo agent barely making it and today I have a team of thirteen. The business runs without me having to be there. Craig showed me how to be a marketing expert, how to increase my volume and my price per transaction, and even how to collect the highest admin fee in our area, all while working less hours... much less hours, than before.